Successfully crowdfunded on kickstarter in December 2016
raising 212% of goal!

Buy all the decks now here


Vaxcards is a fun, strategic game where players collect diseases and battle against each other. The fun, loveable and slightly disgusting characters are based off the childhood, adult and traveler vaccination program. The core content, character illustration and game mechanics are built around symptoms and statistics from the diseases. It is a way for kids and adults to learn through illustration, maths and play rather than oral explanation before a big ol' needle.

The game is designed so the stronger your immune system through vaccination, the more playable characters and game options you have. The character cards have the potential to be uses as a reward for vaccination against that specific disease for children. The game can also be bought, played and enjoyed outright without integration with vaccination.

The game was created by friends Dan (doctor) and Adam (scientist and board game tester) and it brings together our scientific backgrounds and love for games. It speaks to a greater cause, and through this the game, the system for education and reward for vaccination hopefully will change for the better.

You will love this game as much as the people and kids we have tested on so far.
Trust us, its not just for kids. Although hopefully they will get the most benefit. We still play it during break time.

Adam and Dan became friends during university through playing sport and continued a friendship with love of board games. This paired with many conversations about one day creating a board game led to some ideas.

Inspired by working as a doctor, Dan came to Adam with the initial Vaxcards idea. The aim was to create a game that we enjoyed playing, while at the same time it could serve a greater purpose by providing foremost an education and reward system for vaccination. However, it was crucial for us to create a game worth playing for adults as well. It was key to have good character design, game mechanics and aesthetics that were build to maximise the fun value. and through many hours of discussion and play testing they are very excited to release this innovative game.

Help us build it and join the herd.

In the future, we plan to translate this to many languages and hopefully distribute alongside vaccination programs that need the education and reward for vaccination the most. This future operation must run at reduced costs, so we are currently building a funding model that will allow us in phase two after our launch to widely distribute core components of the game to focused areas requiring education.

That is part of the decision to release the starer deck of our print and play for FREE on our website.

For now, we are just a couple of board game loving guys who are trying to help solve one piece of a big problem in a fun way and itch.io provides us with the perfect platform to reach others who are passionate about science, games, education and working towards bigger things.

In order to download this vaxcards you must purchase it at or above the minimum price of $10 AUD. You will get access to the following files: 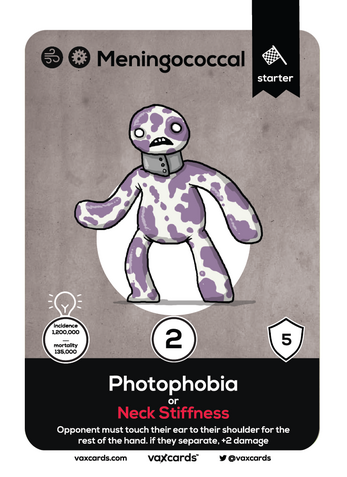 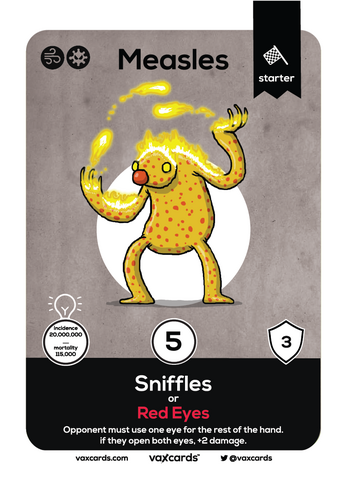